SDWG - The coronavirus in the Arctic: Spotlight on mental health

The coronavirus in the Arctic: Spotlight on mental health

As the current pandemic evolves, the focus on the health effects of the coronavirus widens. While nations around the globe implement strict measures to flatten the curve of infections, concerns are rising that the virus and the measures taken to combat it, will cause long-term mental health issues. In the Arctic, where concerns about mental health and suicide have been long standing challenges, there is a particular need to reflect on the consequences. Fostering mental well-being must be an important component of a holistic approach to address the longer term effects of the coronavirus outbreak. The Arctic Council’s Sustainable Development Working Group project Local2Global is one of these efforts.

In March 2020, the World Health Organization (WHO) declared the outbreak of the new coronavirus disease a pandemic. As the virus continues to sweep across nations around the world, it is closely followed by an equally invisible threat to human health. People suddenly find themselves in uncertain situations. Whether it is immediate risks of contracting the virus, the economic consequences of lost wages and rising debt, or social effects of being isolated from family, friends, and other important contacts. As a result fear and stress arise and with that a strain on mental health.

“Stressful and traumatic life events like pandemics may result in depression, anxiety and possibly enhanced suicidal risk in vulnerable populations”, Dr. Eydís Kristín Sveinbjarnardóttir stated in a panel focusing on human health during the Arctic Science Summit Week (27 March 2020) – an annual conference that was moved into the virtual realm due to the pandemic. Dr. Sveinbjarnardóttir is the Dean of the School of Health Sciences at the University of Akureyri, a trained psychiatric mental health nurse and the Chair of the Arctic Council’s Sustainable Development Working Group’s (SDWG) Arctic Human Health Expert Group. “Mental health and well-being are at high risk, a risk that we have to attend to amidst the covid-19 outbreak and also the years following it.”

Suicide was a pandemic in the Arctic before covid-19 came along and after the virus is dealt with, suicide prevention will remain a priority for ICC and other Arctic Indigenous peoples.
Inuit Circumpolar Council

For Inuit and other Arctic Indigenous peoples, the effects of the pandemic are exacerbated by living conditions and crowded homes. The Inuit Circumpolar Council, which represents 180,000 Inuit living in Alaska, Canada, Greenland and Chukotka (Russia), recently issued a statement pointing out some of these concerns.

“Suicide was a pandemic in the Arctic before covid-19 came along and after the virus is dealt with, suicide prevention will remain a priority for ICC and other Arctic Indigenous peoples,” the ICC said in a recent statement. “Inuit leaders across the Arctic are concerned about the compounded threats to our basic health and well-being and cultural integrity.”

In the months and years after the pandemic, a holistic approach to mental health and suicide prevention will therefore be key. Thus, a project already underway by the SDWG will be even more important, and it’s one ICC and many other Working Group members are channeling their energies into. “Local2Global: Circumpolar collaboration for suicide prevention” builds on circumpolar suicide prevention activities completed under the SDWG for over a decade. Its main objective is to facilitate international collaboration and connections between communities across the Arctic that are working to prevent suicide and support the mental well-being of all Arctic youth and communities, including Indigenous peoples who have the highest suicide rates in the Arctic. To achieve this, Local2Global builds on three distinct pillars related to suicide prevention:

People are so busy now, following the news, but the impact on mental health is right around the corner and I think that we are not ready for all the mental issues that will come our way.
Dr. Eydís Kristín Sveinbjarnardóttir

That the current pandemic and the measures implemented to flatten the curve of infections, take a toll on the mental health and well-being of people living in the Arctic is already visible. In her recent ASSW presentation, Iceland’s Dr. Sveinbjarnardóttir introduced a student survey that had been initiated to assess the well-being of students at the University of Akureyri, Iceland, during the coronavirus. “We have now the first results and they are devastating.” Of the students that had answered the survey, 85 per cent agreed and totally agreed that they were experiencing anxiety because of covid-19. More than 70 per cent were experiencing depression symptoms, and 87 per cent stated that they were experiencing more stress that was affecting their educational performance.

While the results are alarming, it is important to note that they are only the tip of the iceberg. Dr. Sveinbjarnardóttir points to the experience of Icelanders during the economic collapse of their country. “During the collapse, people stuck together. We had a lot of collaboration between members of the society. Yet, we learned from research conducted by Finnish scientists that the mental problems came later on, after the collapse.”

While the financial crash of a nation and a pandemic at first glance might seem very different, Dr. Sveinbjarnardóttir acknowledged, we should not underestimate the lessons that were learned a decade ago: “People are so busy now, following the news, but the impact on mental health is right around the corner and I think that we are not ready for all the mental issues that will come our way.”

Her fellow panelist, Peter Sköld, professor of history at Umeå University, Sweden, and director of the Arctic Research Centre, shared her concerns. He stated that the “mental illness in the entire population is so much more than the fear of being infected and loved ones getting infected. It is, for example also the fear of unemployment. The link between losing a job and mental health is very strong.”

Dr. Sveinbjarnardóttir therefore urged the audience to start working on preventive measures – especially in order to protect vulnerable groups. “We need the local governments to invest funds into mental health after we flattened the curve.”

In a region like the Arctic that has been battling serious concerns about mental health, the secondary effects of the coronavirus should not be underestimated.

The spread of the coronavirus is the most immediate health issue related to the outbreak. However, in a region like the Arctic that has been battling serious concerns about mental health, the secondary effects of the coronavirus should not be underestimated.

The Inuit Circumpolar Council therefore emphasized the need for a holistic approach in its statement which linked covid-19 with ongoing threats to mental health and well-being throughout Inuit Nunaat, the circumpolar Inuit homeland.

SDWG’s Local2Global project will be one important circumpolar effort to address these effects that come on top of already existing issues that affect the mental health of Arctic peoples. It remains to be seen how the current pandemic will impact the focus and deliverables of the project, but its community-driven approach puts it in a strong position to respond to the shifting needs of Arctic peoples and advance continued work to support mental well-being. 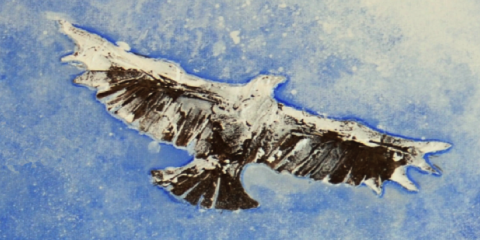