Gender Equality in the Arctic IV

GEA is an international collaborative project within the Sustainable Development Working Group (SDWG) that has been ongoing since 2013 and focuses on gender equality in the Arctic. The purpose and objective of the project is to promote and expand gender equality in the Arctic region. GEA highlights the importance of recognizing and appreciating diversity in many areas, including governance, education, economics, social realities, sustainability, and leadership. This project seeks to identify priorities and strategies to increase diversity and gender balance in policy- and decision-making processes, and to provide information to facilitate sustainable policy-making for the future.

Phase IV of GEA also builds on its previous phases, in particular, the outcome and recommendations from the conference,Gender Equality in the Arctic- Current Realities and Future Challenges, held in Akureyri in October 2014; the phase II follow-up project from 2017-2019; and the recently concluded GEA III and its Pan-Arctic Report on Gender in the Arctic, published in May 2021.

The GEA III Report provided the three following recommendations for the Arctic Council: 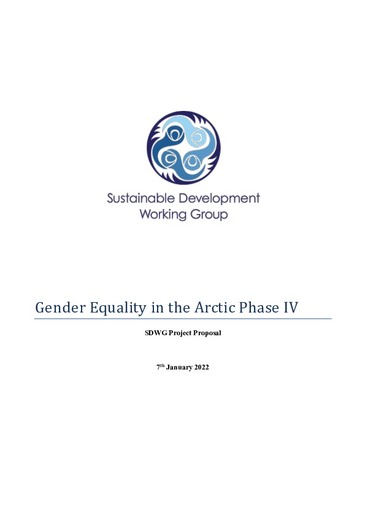 Gender Equality in the Arctic (GEA) I

We use cookies to save language preferences and understand how visitors use the site. You can accept cookies by clicking "Accept" or closing this box.