During the US Chairmanship (2015-2017) this project maintained and further developed a sustainable and resilient reindeer husbandry in the Arctic in face of climate change and globalization, while working towards a vision of creating a better life for circumpolar reindeer herders. Sub-goals of the project included:

The project focused on youth involvement and engagement, seminars and place-based workshops, local capacity building, summer/ winter schools, networking, as well as co-production of project outputs by youth themselves. This project also had an additional goal: to contribute directly to capacity building in Arctic indigenous societies by virtue of the project contents and process. The project was initiated and led by Arctic indigenous peoples. It contributed to enhancing local capacity by competence and confidence building, project experience generation and international exposure for indigenous youth.

Key recommendations on food security and culture are summarized in its report and cookbook presented at the Arctic Council Minister Meeting in May 2017. This cookbook, which shares not only the ingredients of the food, but also its critical context and importance, has been nominated for a Gourmand Award.

For the next phase of the project (2017-2019), it is envisioned to strengthen education components, and make efforts to explore new possibilities for local economic development from northern sea routes. 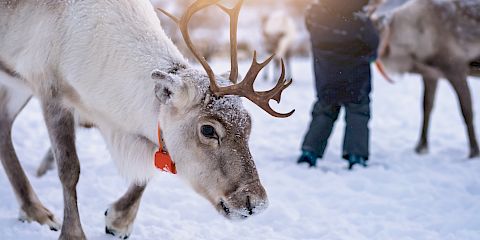